BluDAC didn't just launch with a bang...they went off like a luminous stellar explosion!

This DeFi supernova outshined the WAX galaxy as the first harvesting of BLU tokens went down (or rather up!) @ midnight GMT.

Players were certainly rubbing their eyes in disbelief, staring at huge harvests of BLU:

Within 48 hours, players saw their initial LP stake multiply into a bounty of $BLU, with even the small pools making big gains on the first day of harvest.

Messages poured in for the BluDAC team, praising the launch and the ambition of the project.

There was even an offer from a player to name their future children after the BluDAC team (Arodie has a nice ring to it)! 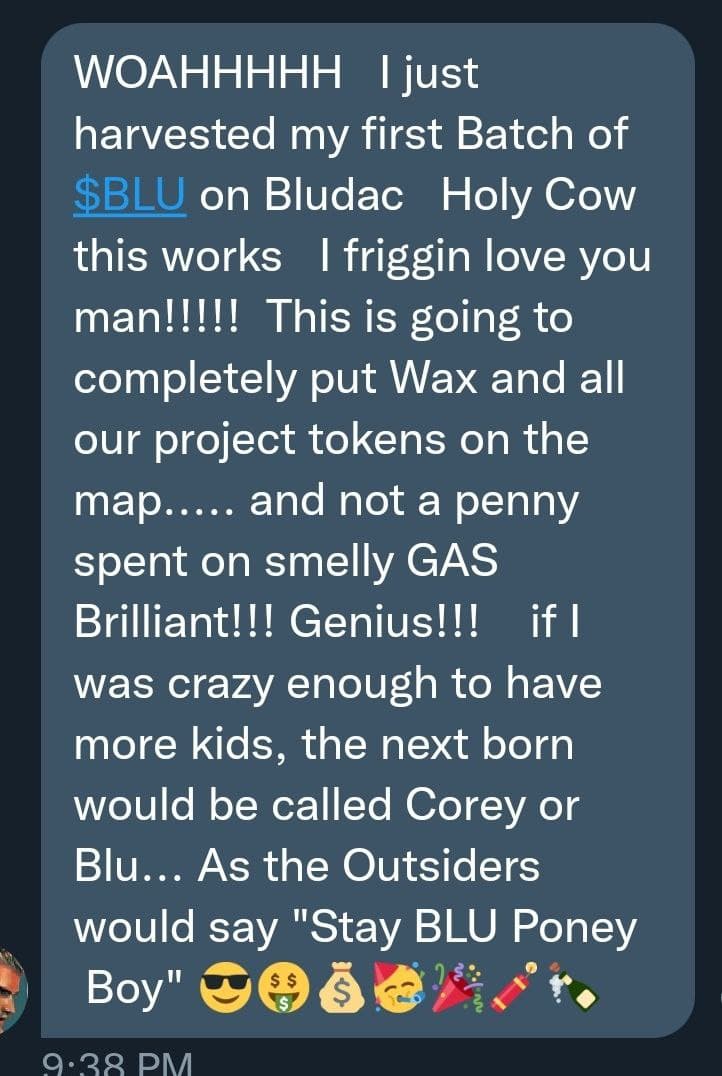 BluDAC's Corey was quick to give his feedback, stating the project is off to a good start, with much more in the pipeline. To put all of this into perspective, the project development is only WEEKS old!

We said that project assets would likely increase as the additional utility swept across WAX NFT projects, with Yoshi looking in awe as his Yoshicoins were lifted up with the BluDAC rockets.

The reaction mirrors our own incredible experience with BluDAC.

If you don't know your way around the Starship Enterprise or how to handle a spacesuit, you can read everything you need to know in our extensive guide to BluDAC:

You will learn everything you need to know about liquidity pools, BluDAC memberships and staking.

Just remember to bring your shades.

Let us know your BluDAC story

Want to share your BluDAC launch day story? Give Arodie and BluDAC a tweet and you could be included in the article! Get Your Token Listed On Bludac.io