As these are pre-launch cards, they provide an excellent opportunity to get a head start with what will be amongst the rarest and most powerful cards in the game.

We wouldn't miss out on these!

Alongside the stunning artwork (by Star Wars concept artist Matt Gaser) and gripping story, these cards will have incredible utility with the battle card game and through the upcoming Hodlgod collaboration.

Let's take a look at the newly released cards: 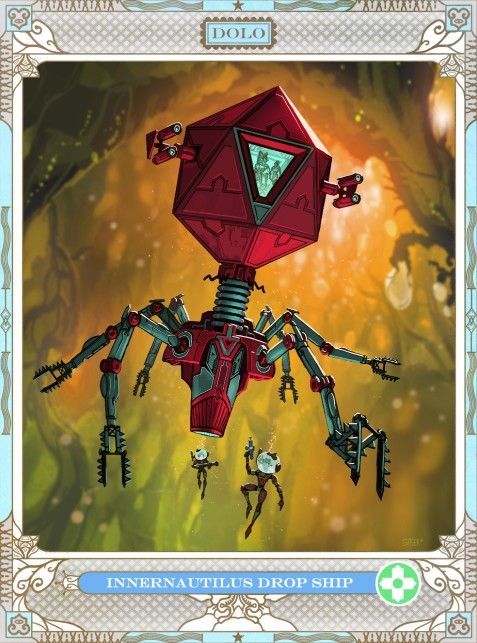 Queen Vizdeedra has a soldier army called the Innernauts. They wreak havoc in the micro realm, the cellular world of the living. As they prepare for an invasion, rows of Innernautilus Drop Ships line up out with the boundaries of Vizdeedra's castle.

Prof. Vagnus Zeal initiates the portal machine to shrink down the Drop Ships and the commanding Innernauts, to infiltrate the micro realm. One by one, the Inernautilis ships crawl through the portal to traverse interdimensional time and space.

Their target is the organic life that resides in the world of Gallagan. Forests are awoken as a plasma gate rips tiny lazer bridges into the bark, the beginning of an Innernaut invasion.

The Drop Ships are armed with clever biotech weaponry, such as the shockwave pulse cannons that repel defensive anti-bodies, reprogramming them to ignore the Innernaut threat.

The Innernauts drop out from the bottom of the mech, engaging their virus weapons and exploring for the perfect location to spread pathogens.

We don't have the details on how this card will play, but we can see it being used to summon Innernauts to the battlefield, as well as having beefy attack stats!

You can buy the card through Nefty Blocks in the drop link below for only $9. 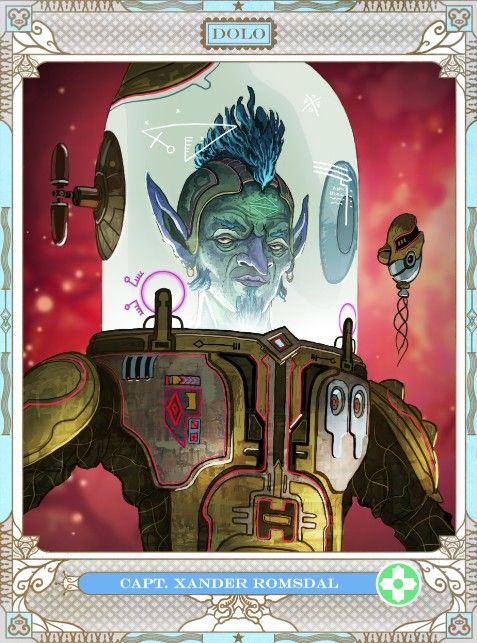 Commander of the Hyperion Legion of Innernauts. His objective is to seek and destroy immune system cells within the micro realm.

Brash, impatient and cunning, Capt. Romsdal will do anything in his power to succeed in his mission, even if it costs the lives of his fellow soldiers.

He launches scout teams to locate the most ideal place to infect, with Innernauts unleashing viral disbursement weapons to corrupt the living tissue, multiplying pathogens and mutating the victim host beyond recognition.

When he slips from the Drop Ship, Capt. Romsdal is accompanied by a communication buoy that ejects from his suit, allowing for clear communication to his Innernaut troops.

This battle card is the first Legendary rarity released (don't miss it!). We can see Capt. Romsdal adding perk points to other cards under his command, boosting their effectiveness on the battlefield.

You can buy this punk commander through Nefty Blocks in the link below for only $15.

More battle cards are on the way, dropping every Friday.

There is still time to buy the first three battle cards, but you need to be quick to not miss out!

More battle cards are on the way, so keep updated with the following tips: